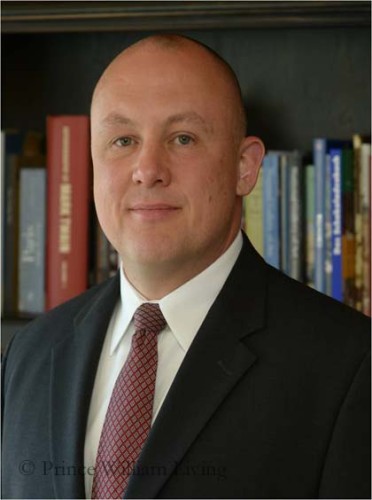 The newly-elected president of the USPTO Military Association (UMA) is being recognized for his philanthropy. Dean Dominique, a retired U.S. Army major and author who now works as a strategic planning project manager in Patent Operations, was recently highlighted in Prince William Living Magazine for donating proceeds of his book. Dominique published a book about one of General George S. Patton Jr.’s infantry regiments in World War II and has donated all of the book’s proceeds to charities that support wounded warriors.

“Over the years I have known and met many wounded warriors,” Dominique said. “I feel this is my way as a fellow combat veteran to give back to those who have fought for and defended this great nation of ours.”

As UMA president, Dean fully supports the affinity group’s mission to provide fellowship, mentorship, and advocacy for military veterans working at the USPTO, and to help educate others on the important contributions that veterans have made and continue to make to the workforce and our nation at large. UMA membership is open to veterans and non-veterans alike. If you are interested in joining, supporting, or learning more about the UMA, send an email to uma@uspto.gov.