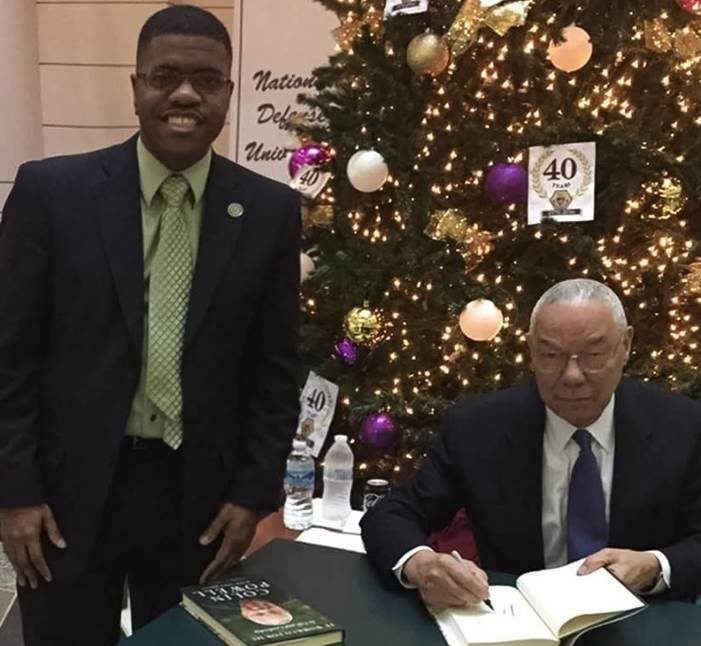 Mr. Mark Booker is a UMA board member and Design Patent Examiner with the Tech Center Art Unit 2921 who has been working at the USPTO since June 29, 2014. He is also a former Staff Sergeant in the U.S. Air Force with over eight years of honorable service. He is the youngest of 5 siblings and a graduate of the University of Louisiana at Lafayette with a Bachelors in Visual Arts with a concentration in Graphic Design. Originally from uptown New Orleans, which is also known as “Carrollton,” he enlisted in the Louisiana Air National Guard, 214th Engineering Installation Squadron at the age of 21.

Mark initially joined the Louisiana Air National Guard to honor the legacy of his father and grandfather as a Communication and Cable System Apprentice. Later, he finished his military career as an Engineering Assistant Journeyman. “I was proud to serve and follow in Father and Grandfather’s footsteps!” Mark’s grandfather, Val, was an Army Veteran and cotton picker. Mark’s father, Val Jr., was a Corporal in the Army and the first of his ancestors to earn a college degree. “I felt compelled to serve,” he recalls,” adding that “I had to take advantage of the remarkable opportunities afforded to me to advance my education.” “This is my history,” he said, “and we celebrate Black History Month by remembering the extraordinary sacrifices and incredible achievements of the familiar and anonymous African Americans that came before us!”

His best memory is returning home in August 2003 from his first Iraq tour. He recalled feeling exhausted and anxious that ominous night, wondering how his father felt during Vietnam. “The contrasting moment that it all changed…” Mark stated, “…occurred when we rapidly landed our C-5 on the flight line.” He further added, “I became overwhelmed with appreciation by the thrilling cheers of twenty plus enthusiastic and animated elementary kids waving bright American flags celebrating and cheering, “Welcome Home!”

Overall his experiencing in the Guard prepared him for life’s unanticipated challenges. He draws some of his inspiration from one of his modern-day military heroes, the late Gen. Benjamin Oliver Davis Jr.  Gen. Davis was the first African-American general officer in the United States Air Force and commander of the World War II’s Tuskegee Airmen. In addition, he holds in high regard retired Gen. Colin Powell, former Chairman of the Joint Chiefs of Staff and Secretary of State. Mark said, “It was a privilege and honor to meet the Honorable Mr. Powell. His outstanding legacy, work ethic, and profound contributions to our great country should never be forgotten!”

Mark’s military skills combined with the USPTO’s educational tools have provided him with an invaluable opportunity. The USPTO Leadership Development Program and Mentoring Program has equipped him with professional and social skills necessary to more effectively contribute his best to the USPTO. “Leadership and mentoring…” he added, “…are skills that both Gen. Davis and Gen. Powell have advocated throughout their military careers. It is so great to be a part of such a great organization (USPTO) that supports and promotes the outstanding heritage of African Americans during Black History Month!”

Thank you Mark for your dedication and service to our great nation.