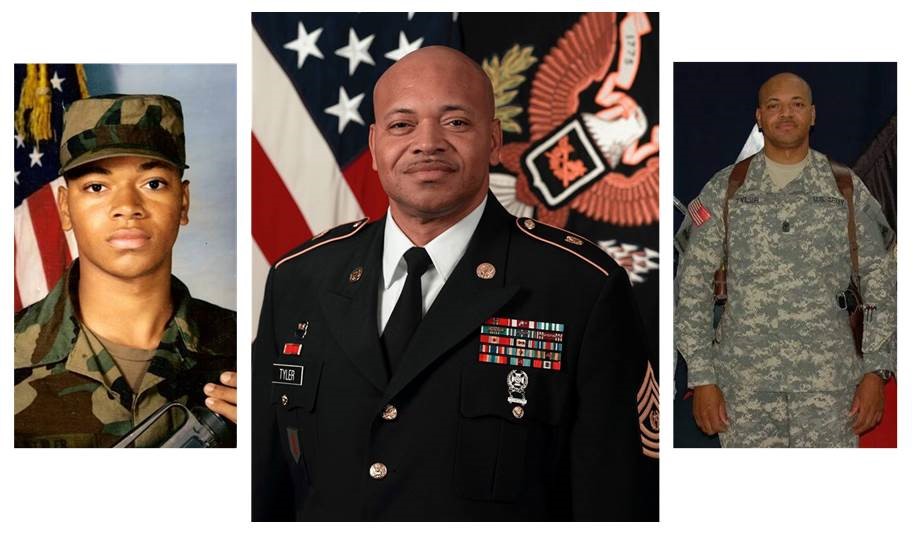 Retired Army Command Sergeant Major (CSM) Troy D. Tyler is the Administrative Officer for the Patent Trial and Appeal Board (PTAB) and has served there since March 10, 2014. He was born in Spotsylvania, Virginia as the youngest of 12 children. CSM Tyler was the first African-American CSM in the US Army’s Judge Advocate General’s (JAG) Corps. He was also the first paralegal specialist selected by the Department of the Army to serve as a CSM.

At the age of 14, armed with only a fifth grade education, Tyler’s father was told he was “of age” and cast out of his home. Left to find his own way, he became a plumber’s apprentice and subsequently a plumber. Tyler’s mother worked as a cook in kitchens throughout Fredericksburg, Virginia, while maintaining the family home. She stressed the importance of an education and a deep belief in God to her children. “She would ask me every day as soon as I got home,” recalled Tyler, “‘did you get your lesson?’”.

Tyler’s family couldn’t afford to put him through college. Unfortunately, due to some unscrupulous behavior on the part of his High School faculty, athletic scholarships didn’t work out either. “I lost four football scholarships,” says Tyler. Despite setbacks, he remained determined to find a way to earn his degree and leave his hometown of Spotsylvania, Virginia.

Tyler enlisted in the Army in October 1985 in Richmond, Virginia. After completing Basic Training at Fort Dix, New Jersey, he went on to Advanced Individual Training (AIT) at Fort Benjamin Harrison, Indiana.

Tyler says his desire to join the Army stemmed from “always wanting to serve and see what four of my seven brothers experienced because they made it out of ‘Spotsy’ (Spotsylvania) by joining the Army, Air Force, and Marines.”

At first, Tyler planned to stay in the Army for a 3-year enlistment. But, after telling him he didn’t qualify for the GI Bill, Tyler’s recruiter had him sign a document that would change his plans. “I later found out it was a declination of the GI Bill. My college education plan was set back,” says Tyler.

Still motivated by the wisdom and encouragement of his mother, Tyler found a way to overcome adversity and earn his degree.

“I got my education, all the way through my master’s while on active duty,” says Tyler. “Even while in Egypt. I humped my books across the camp and attended class in the middle of the night because our instructor was stateside.”

Tyler became the second college graduate in his family, and the first to earn a master’s degree.   He excelled and graduated with honors throughout his academic pursuits, while continuing to serve on active duty.

After retirement, Tyler worked briefly as a contractor for Serco, Inc. and as a subcontractor to the Department of Veterans Affairs, Veterans Benefits program. He then moved on to the U.S. Patent and Trademark Office, Alexandria, Virginia. as the Chief Clerk of the Patent Trial and Appeal Board (the Board). The Board hears various types of patent appeal cases and patent challenge trials. He currently serves as the Administrative Officer for the Board, supporting over 275 Administrative Patent Judges and more than 150 patent attorneys, paralegals administrators and administrative support personnel.

CSM Tyler and his wife, Rosiland currently reside in Spotsylvania, Virginia. They have four daughters, two sons and ten grandchildren. His eldest son, Spencer, is stationed at Fort Benning, Georgia.

Thank you Mr. Tyler for your dedication and service to our great nation.