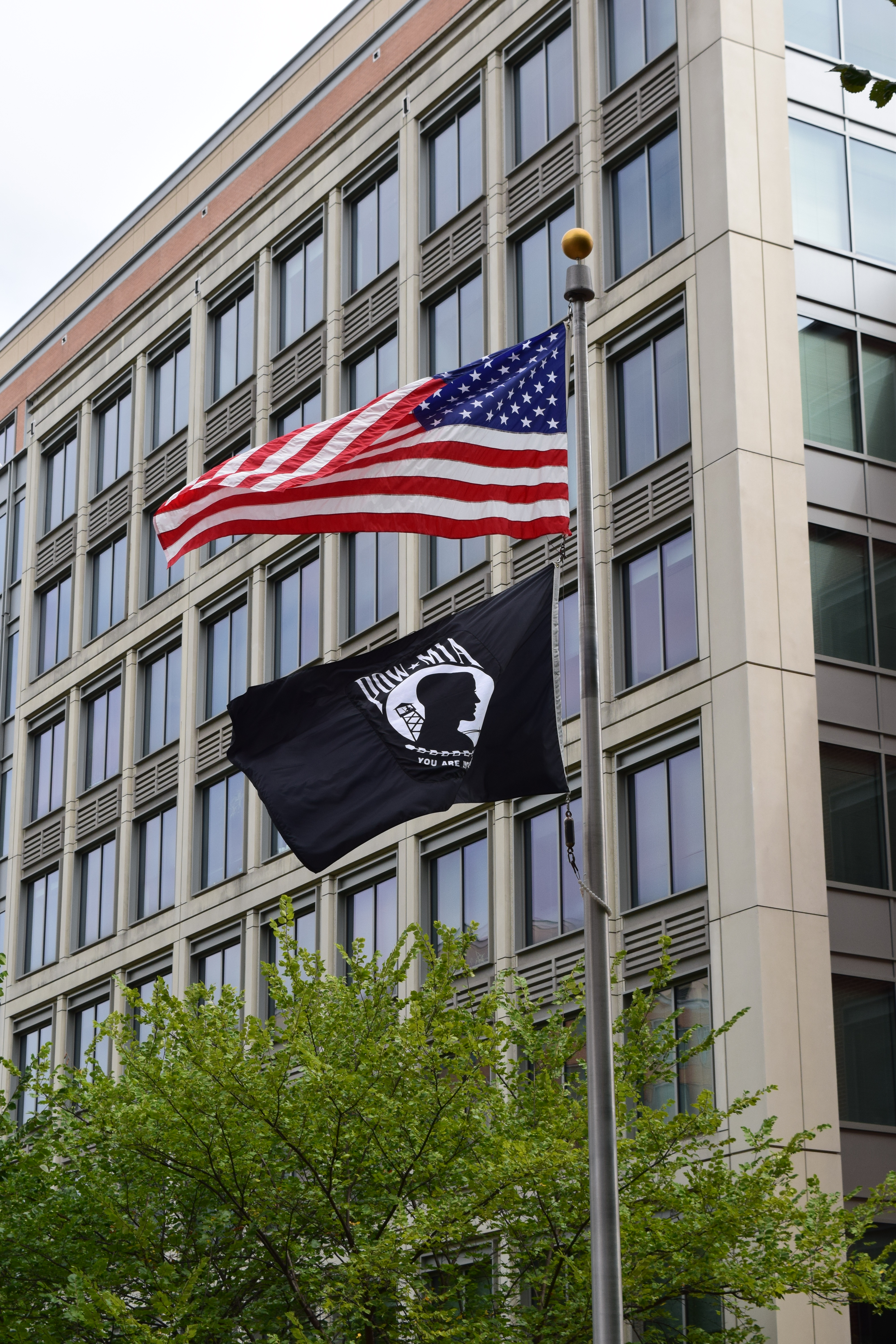 The United States’ National POW/MIA Recognition Day is observed across the nation on the third Friday of September each year.  It was established by congress in 1998 in order to honor those who were prisoners of war and those who are still missing in action. The black and white flag symbolizing America’s Missing in Action and Prisoners of War was flown over the USPTO’s Alexandria Campus, as well as numerous other locations across our country to include the White House. We raise this flag as a solemn reminder of our obligation to always remember the sacrifices made to defend our Nation.