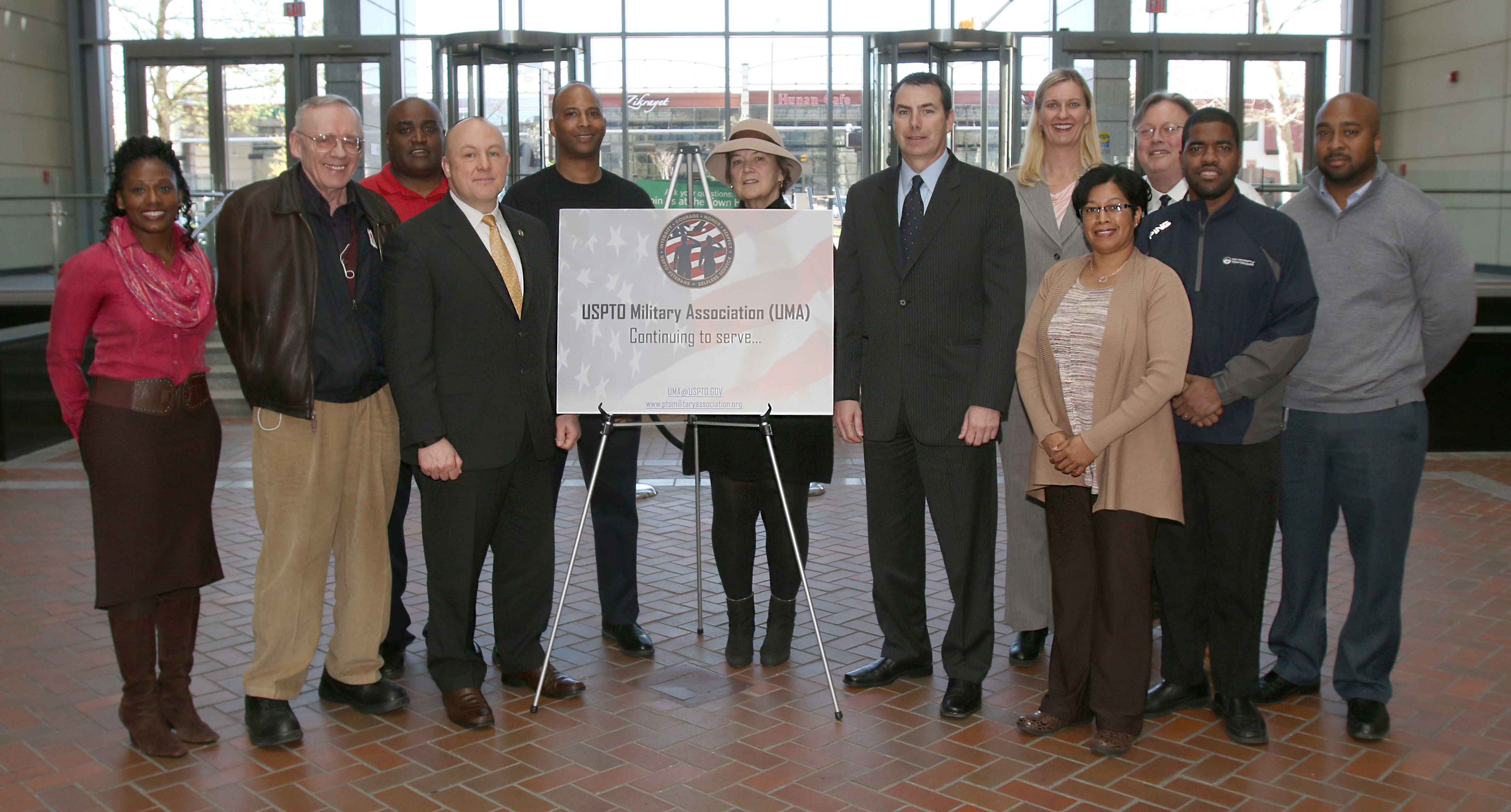 The deputy director of the USPTO says he is honoring his late father by joining the U.S. Patent and Trademark Office Military Association (UMA).

Russ Slifer stopped by Tuesday morning to visit with a group of UMA members and supporters near Madison Auditorium, where participants were writing letters to wounded, ill and injured service members.
UMA President Dean Dominique explained how the affinity group operates before signing Slifer up and presenting him with a special UMA commemorative coin.

Slifer, who is not a veteran himself, says his father Dale served in the U.S. Merchant Marine during World War Two.

“He took supplies over to places like Russia and the Philippines,” Slifer says, “and brought soldiers home from Japan.”

The UMA will continue its letter writing campaign during regular Tuesday morning coffee breaks, which any USPTO employee is welcome to attend. The letters will be hand-delivered to area veteran hospitals in May to mark Military Appreciation Month.

The mission of the UMA is to provide fellowship, mentorship, and advocacy for military veterans working at the USPTO, and to help educate others on the important contributions that veterans have made – and continue to make – to the workforce and our nation. Membership is open to all USPTO employees.