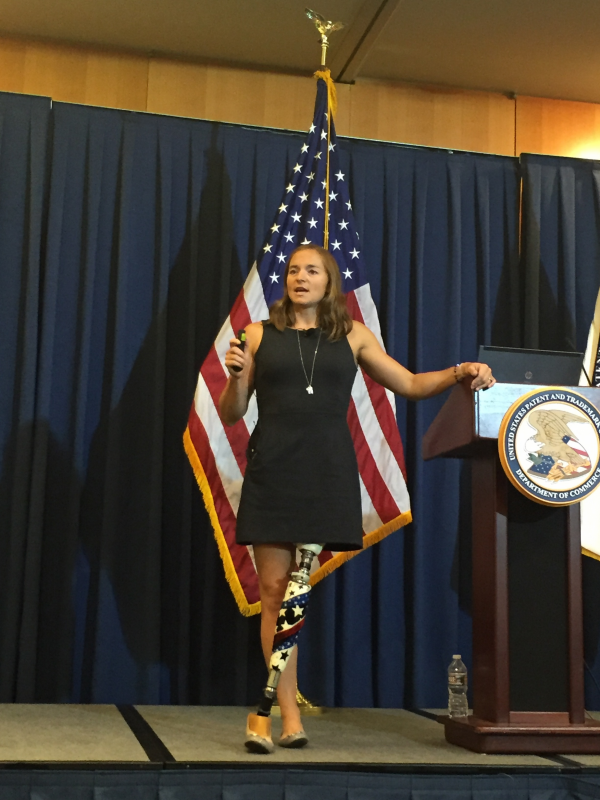 Melissa Stockwell recently gave a motivational speech at the USPTO Leadership Forum.  Melissa is a former Army officer and three-time Paratriathlon World Champion who will be competing in the upcoming Paralympic Games in Rio.  As a first lieutenant in the Army, Melissa was the first female soldier to lose a limb in the Iraq War when a roadside bomb exploded while she was leading a convoy in Baghdad.  She was the first Iraq veteran chosen for the Paralympics. Her visit was co-hosted by the UMA, Network of Executive Women (NEW), and ResponsAbility.