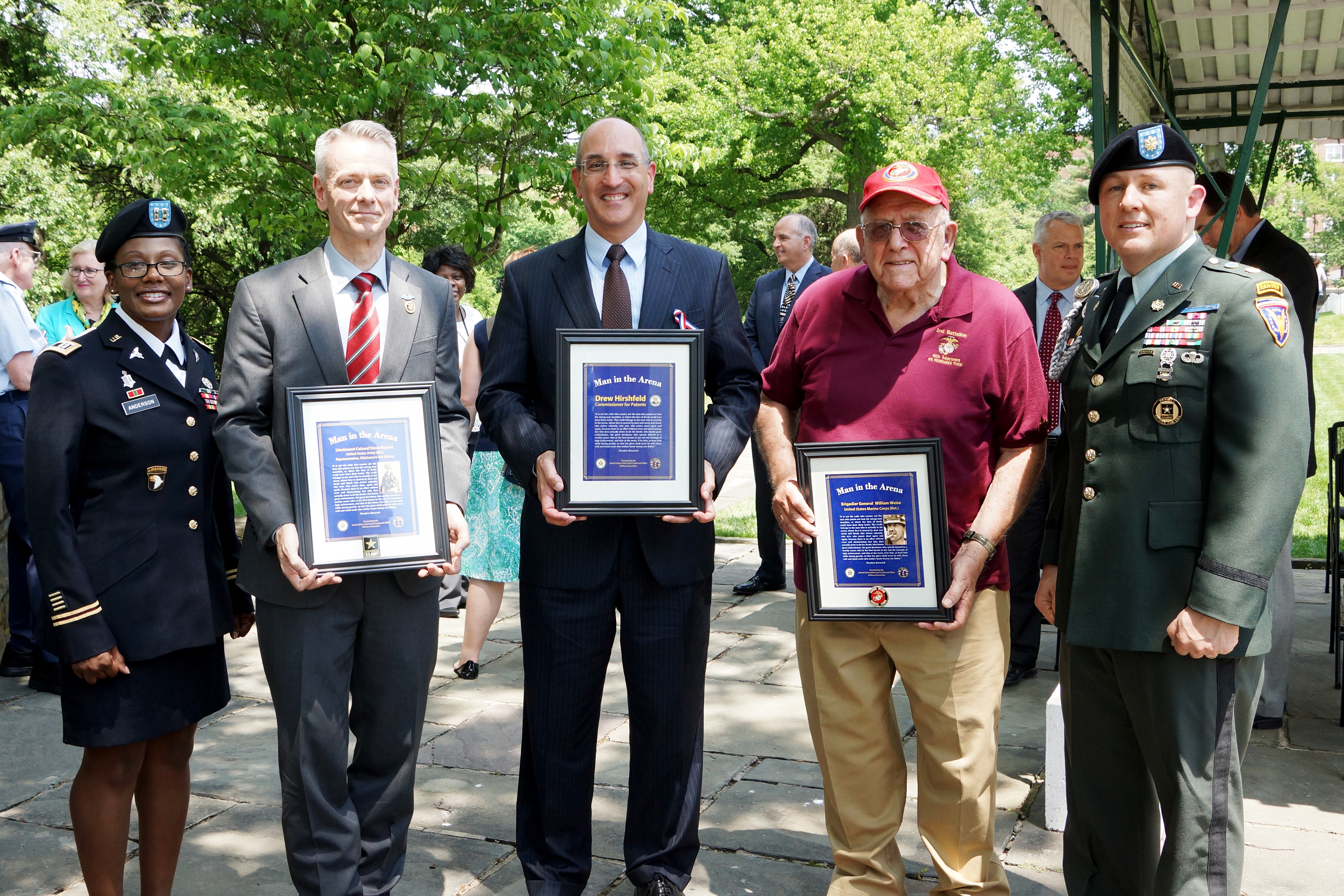 Thanks to the hard work and dedication of Sherry Anderson and Arlene Jones, among many others, the Memorial Day Walk of Thankful Recognition was a successful, yet somber and reflective event. The walk began from Madison Atrium with the U.S. Air Force Color Guard and the Fife and Drum Corps leading the way and ended at the Alexandria National Cemetery. USPTO Commissioner for Patents Drew Hirshfeld, along with decorated combat Veterans Congressman Steve Russell and retired Marine Brigadier General William “Wild Bill” Weise provided moving speeches and were later presented with the UMA’s Man In The Arena Award. Photo credit to Mike Cleveland.