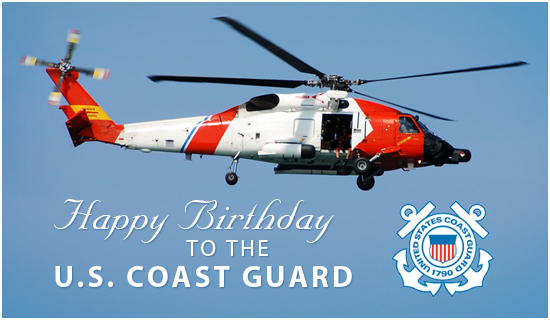 The history of the United States Coast Guard goes back to the Revenue Cutter Service, which was founded on 4 August 1790 as part of the Department of the Treasury. The Coast Guard’s predecessor service, the Revenue Cutter Service, was founded 4 August 1790, when the Tariff Act permitted construction of ten cutters and recruitment of 100 revenue officers.

Watch the UMA USCG Video Below

In 1915, the Revenue Cutter Service and the Life-saving Service were merged to form the Coast Guard. The Lighthouse Service was merged into the Coast Guard in 1939. On 28 February 1942, the Bureau of Marine Inspection and Navigation was transferred to the U.S. Coast Guard.

Since 1790 the Coast Guard has safeguarded our Nation’s maritime interests and environment around the world. The Coast Guard is an adaptable, responsive military force of maritime professionals whose broad legal authorities, capable assets, geographic diversity and expansive partnerships provide a persistent presence along our rivers, in the ports, littoral regions and on the high seas. Coast Guard presence and impact is local, regional, national and international. These attributes make the Coast Guard a unique instrument of maritime safety, security and environmental stewardship.

Since its inception, the U.S. Coast Guard has aided in major military operations including World War II, the Korean War, the Vietnam War, and Operation Iraqi Freedom. They also played a pivotal role in the Mariel boatlift, the Exxon Valdez oil spill response, and Hurricane Katrina response.