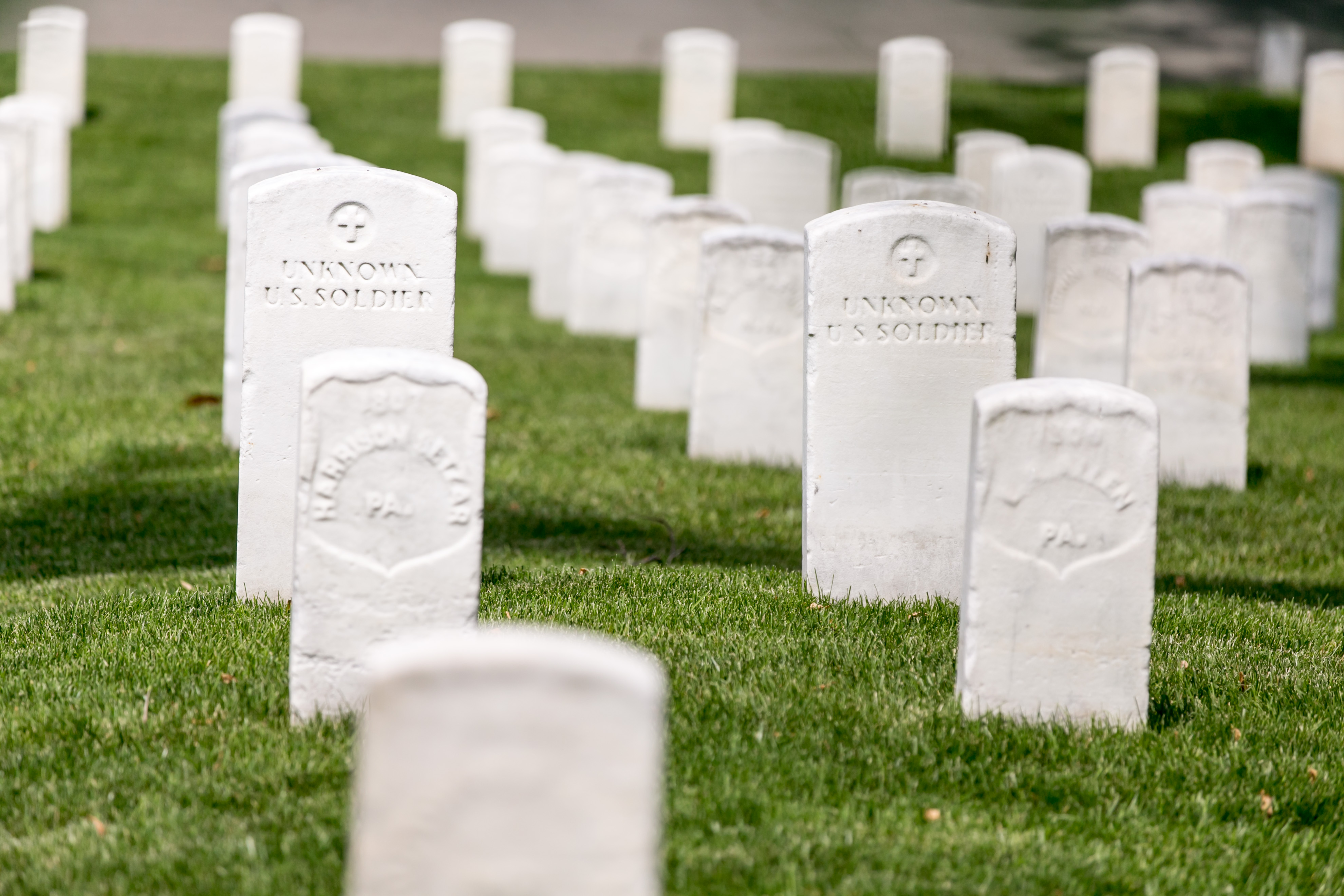 At the outbreak of the Civil War, Alexandria, Virginia was one of the principal campsites for Union soldiers sent to defend Washington, D.C.. It was in 1862 that Alexandria National Cemetery was established as one of the original national cemeteries making it one of the oldest, if not the oldest, national cemeteries in the nation. Prior to the Civil War, the original cemetery consisted of approximately four acres and was known as Spring Garden Farm. Later, for obvious reasons, it became known as “Soldiers’ Cemetery.”

By 1871, Alexandria National Cemetery included a cobblestone avenue, a fountain, an ornate wrought-iron rostrum, graveled walks and paths, a small pond, and a greenhouse. Today, the superintendent’s lodge known as Meigs Lodge is the primary building on the grounds and the oldest surviving structure, built in 1867.

There is a monument on the grounds in honor of the Pursuers of President Lincoln’s Assassin, four men from the Quartermaster Corps who drowned in the Potomac River on April 24, 1865, while chasing John Wilkes Booth.  The monument is a bronze tablet on a granite boulder base located near the cemetery’s flag pole.

Wood markers identified each grave, and were marked with letters and occasionally a hoop-iron strapping.  Beginning in August 1876, those original wood markers were replaced with marble headstones.  The solemn rows of white, marble headstones (marking the interments of soldiers from the Civil War and from virtually every one of our nation’s wars that followed) inspire pride and provoke silent meditation, making Arlington National Cemetery a touching historical sight to see.